‘Our survival is at stake now,’ Chinese Telecom giant Huawei crumbles after US ban on Semiconductor exports https://tfipost.com/2020/05/our-survival-is-at-stake-now-chinese-telecom-giant-huawei-crumbles-after-us-ban-on-semiconductor-exports/

My above observation, are most probably derived intuitively from past experiences dealing with the US, appearing below.

It is true for some time, as a consequence of this seemingly US childish death blow to China’s latest technologies.

The US would likely become the technology giant of the past. -:).

1) China has all the expertise in mending it’s centralized technological shortcomings, weaknesses and wounds,  as shown in the past.

2) China has obtained the majority support from the global community and countries, moreso with the last US defensive efforts for its leadership in (ICT) technology.

3) Many countries in the course of implementing their 5G networks suffered from the US grappling for technology leadership, and have to turn to reluctantly to US replacements, if any.

4) Internal dissatisfaction and or negative reaction  of US companies and or institutions, only because of the present government’s (or better, presidential) policies on retaliatons of its loosing competitiveness and leadership demise. Many  have to turn to more expensive domestically made parts. Ending up in further letting unavoidably US competitiveness at stake.

My above observation, are most probably derived intuitively from past experiences dealing with the US, appearing below.

First,
In the mid 80s, INTELSAT was very powerful, the  dominant international carrier. For Indonesia and many developing countries it was the sole reliable one.
I was on the rotational Governor and thereafter Alternate Govenor (to reside in Washington and take office in the INTELSAT building), of the INTELSAT Board of Governors, of the SEAG (South East Group, Indonesia, Philippines, Thailand), in 1978 dan ’79 respectively.
COMSAT was the operational arm of INTELSAT, and the US has 25% of the shares and votes of the Board, meeting 4 times a year. No decision could pass without the US agreement, as the UK 13% and Autralia 2,5% follows suit.

The US was the initiator and staunch keeper of the Intelsat 14d Agreement, that no other satellite system could compete with INTELSAT. Even the PALAPA domestic satelliter system suffers a lot of negotiations as we intended to have an ASEAN regional communication system, and only allowed for 2% of our international sub-regional traffice and only for cultural purposes.
That was in the late seventies and early eighties.
At the end at the time the US interest was dominating, to safeguard PANAMSAT operations, all the monopoly measures was practically set aside. PANAMSAT could operate with 20% of the total US traffic.. Incredable isn’t it? No, it is not, as it is in the US interest!

Second,
The US had been very vocal on liberation and upholding competition under the WTO created by the US, as they were the dominant player.
All domestic rules had to avoid any subsidy, and particularly price differences between imported and domestic production items, including telecommunication products and services.
The exeption had been introduced for domestic vital products such rice in Japan.
And as you observe, the rule has been smoothly deviated step by step according to US interest.
The recent Trump’s policies have entirely put the WTO rulings upside down.

Third,
The overall US socio-political international policies for engaging and treating other countries, have been based on US cultural and traditional (western and US specific) ways of life.
Hence, it fails to achieve its purpose. There is some arrogance in its policy and belief, which had been detrimental in its foreign policy.
It lost its Vietnam and Korean war. Vietnam due to Ho Chi Min Dien Bienphu strategy of “ village (peoples unity) dashing into the city” could defeat the US totally, while Korea  was devided between the South (non-communist) and the North. Middle East countries suffered similar US interventios, Libya, Iraq, and Afganishtan became a disaster as the US only depended on its military force instead of understanding and mingling with the people.

Fourth,
The US stand on the Covid-19 pandemy, charging childishly China on the source of the SARS CoV-2  virus outbreak in Wuhan, shamelessly ends up with the US leading the most victims globally, while China humbly offered massive medical assistance after dramatically recovering itself, doctors and medical equipents. as well to the US.
And now it is charging that Labs in China had been expressly establishe  for the virus experimentation, while it was initially experinted in the US and had to move out from the US soil.

Anyway it would be interesting how the US election would develop and ends up. 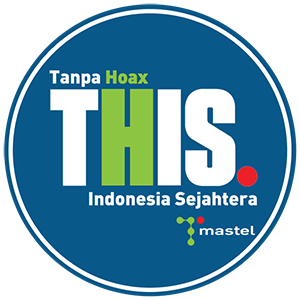 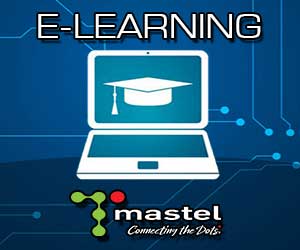